The Uintah Basin in Northeastern Utah/USA is a region 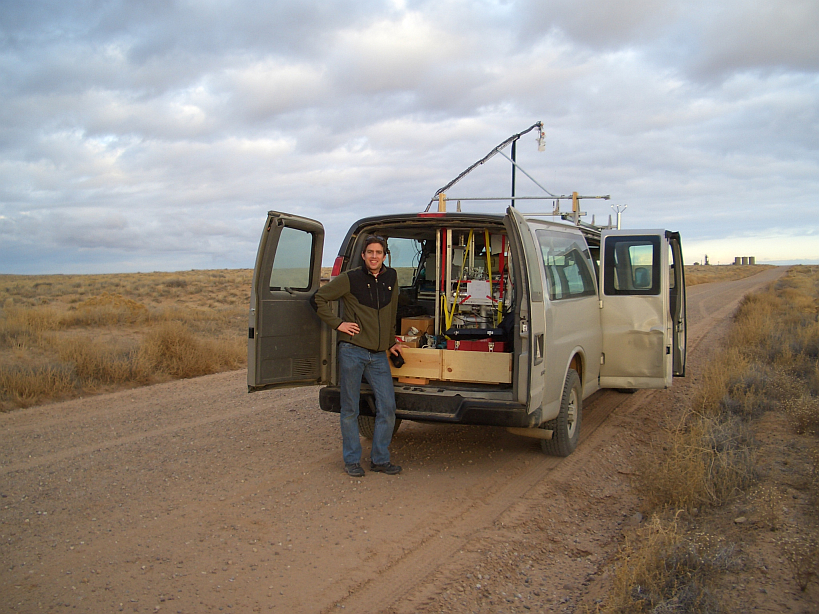 with intense natural gas and oil production (~10000 wells). Within the basin uncommonly high ozone values have been observed especially during wintertime conditions when there is a certain amount of snow on the ground. Under the lead of the National Oceanic and Atmospheric Administration (NOAA) in Boulder a group of research institutes and universities from the US, the Environment Protection Agency (US-EPA), the Western Energy Alliance, the State of Utah and – as European contribution – the KIT collaborated within this air quality study (UBWOS), which was designed to understand the reasons for these observations.

During UBWOS 2012 the new KIT-instrument ULW-PTR-MS (Ultra-Light-Weight Proton-Transfer-Reaction Mass Spectrometer) – a system that is particularly compact and lightweight – was fielded for the first time. Direct comparisons and measurements between ULW-PTR-MS and the existing NOAA-PTR-MS (de Gouw & Warneke, 2007) and NOAA-GC-MS (Goldan, 2004) instruments have been performed with very good agreement.

The small size and light weight of the ULW-PTR-MS allowed it to be installed in a mobile laboratory halfway through the campaign to make VOC measurements near point sources in the basin. Downwind of gas and oil wells mixing ratios of up to several tens of ppbv´s of compounds such as benzene or C8-aromatics were observed. Higher mixing ratios of up to several ppmv were observed downwind from a well that had recently been hydraulically fractured and that used a flow-back pond for containing produced water.