Satellite data validation: a parametrization of the natural variability of atmospheric mixing ratios 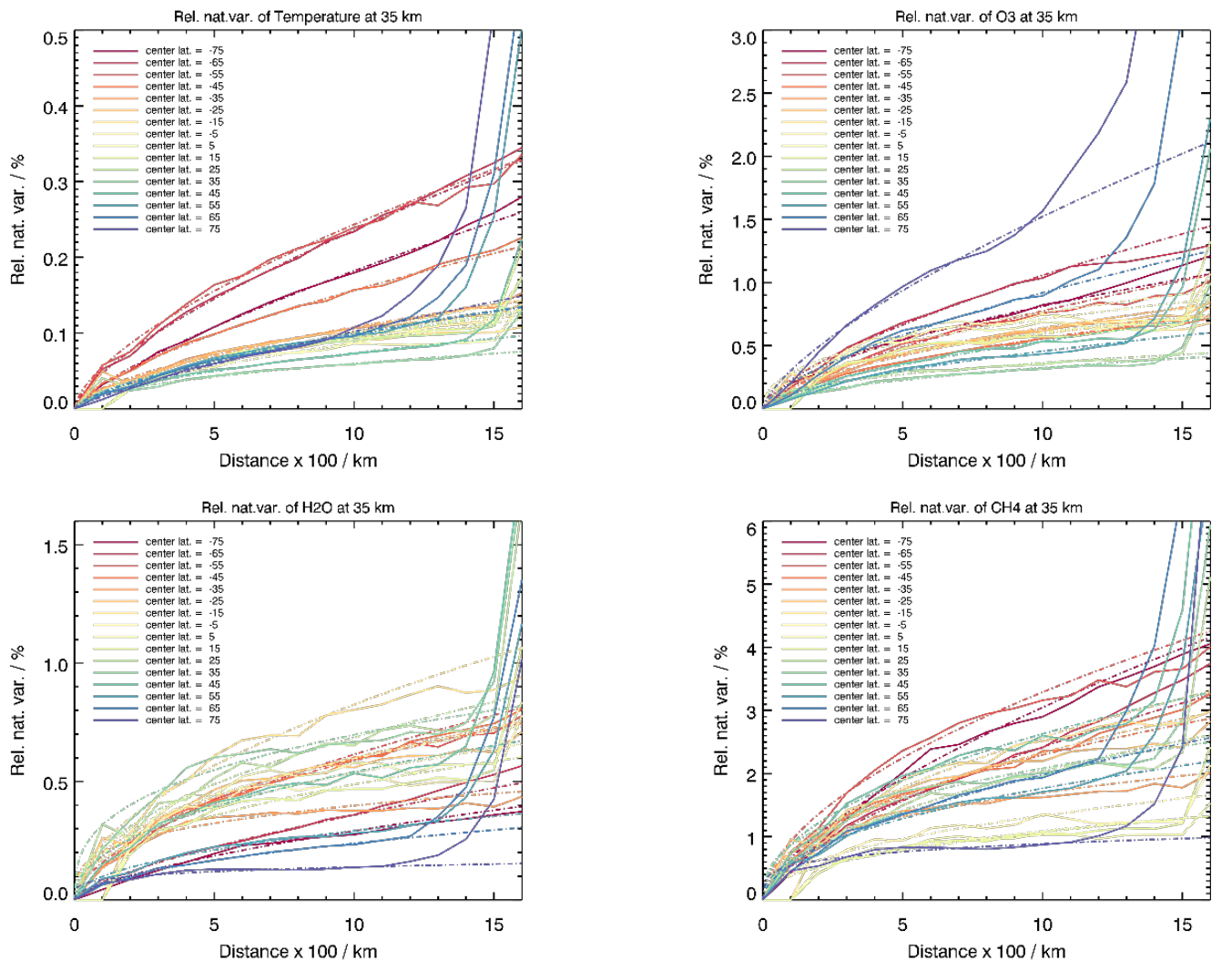 Natural variability as a function of horizontal distance for temperature, O3, H2O and CH4 in the BASCOE model (solid lines) and the proposed parameterization (dashed lines) in different latitude bins. This work has been published in AMT.

In validation studies, a part of the differences between observations made with different observing systems is due to less than perfect collocation of the measurements. In a study by Laeng et al (2022) high-resolution model data are used to estimate statistically typical variabilities of mixing ratios of trace species as a function of distance and time separation. The variability function is approximated by a two-parameter regression function. In addition, a reparameterization of the variability values as function of latitudinal gradients is proposed, and the season-independence of linear approximation of such function is demonstrated.