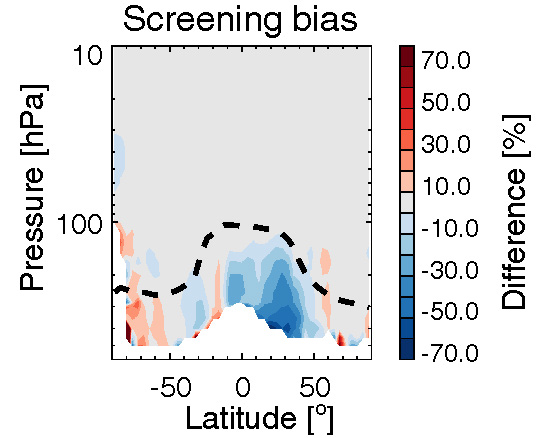 Applicability of infrared limb sounding is limited by high-reaching clouds. Since cloud signal in the spectra causes retrieval artefacts, cloud-contaminated spectra are rigorously discarded. Thus, measurements do no longer represent the atmosphere with its entire variability but only the cloud-free atmosphere. This causes a screening bias in averaged data. The figure shows the estimated H2O cloud screening bias for MIPAS.