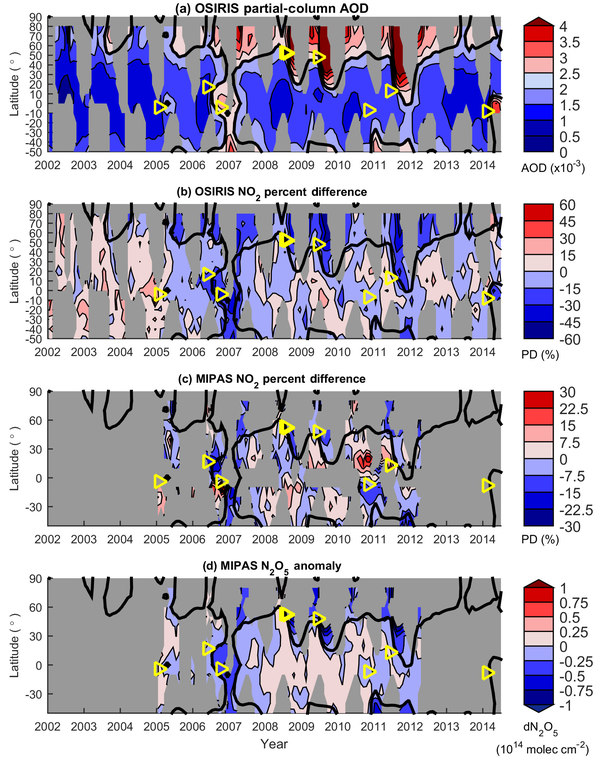 At places and times where a lot of volcanic aerosol is present in the stratosphere (panel a), mixing ratios of both NO2 (panels b and c) and N2O5 (panel d) are reduced, as observed by OSIRIS and MIPAS. While this has been observed already after the eruptions of El Chichón and Pinatubo, this kind of perturbation of stratospheric nitrogen chemistry has now been established also for much smaller volcano eruptions.

In order to isolate the volcano signal, at tropical latitudes the signal of the quasi-biennial oscillation has been substracted from the data record. The largest effect was found about 3 km above the climatological mean tropopause.