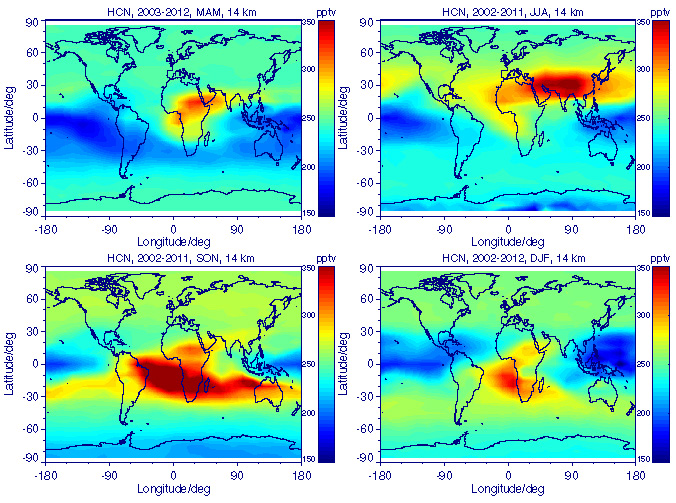 Climatological HCN distributions observed by MIPAS during March to May (top left), June to August (top right), September to November (bottom left) and December to February (bottom right) at 14 km altitude. High values indicate the seasonal variation of ongoing or just recently performed biomass burning. Especially low values in the tropics most probably result from uptake by the oceans.

The HCN distributions show that the strongest upper tropospheric signatures of tropical and subtropical biomass burning are located above northern Africa during spring, inside the Asian monsoon anticyclone during summer and in the southern hemispheric biomass burning plume between Brazil and Australia in autumn. The strongest effect of uptake of HCN by the tropical oceans is visible in spring.