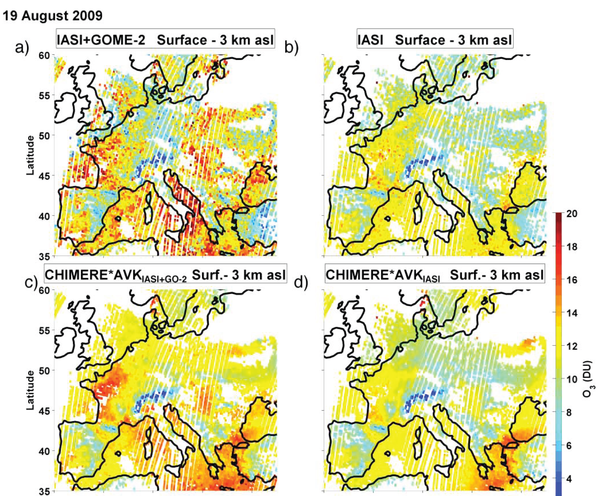 Lowermost tropospheric ozone on 19 August 2009. (a) combined IASI+GOME-2 analysis; (b) IASI only analysis; (c+d) CHIMERE model calculations after application of the respective averaging kernels. The combined analysis detects the plume much better and leads to a much better agreement between model and observation.

Altitude resolved measurements of tropospheric trace species are a challenge, particularly in the lowermost troposphere. IMK cooperates with the Laboratoire Interuniversitaire des Systèmes Atmosphériques (LISA) and other research groups on this issue.