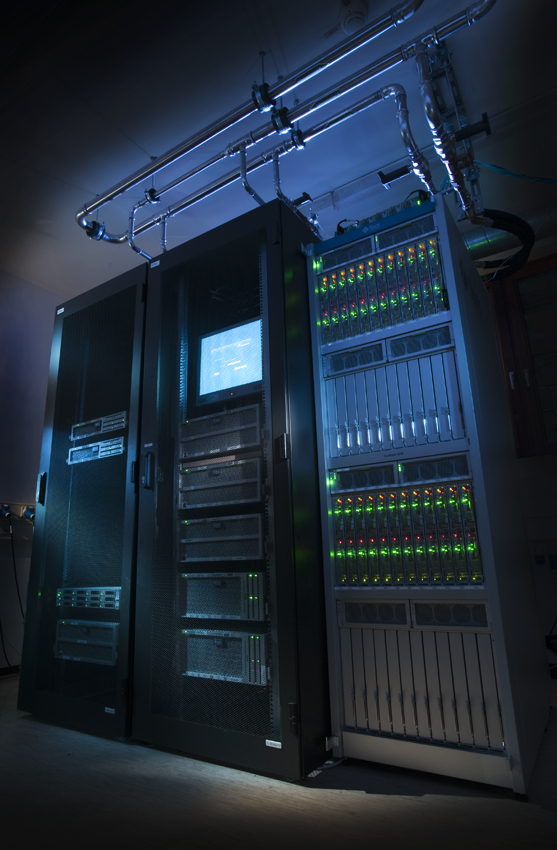 The blade system is cooled with a Sun Cooling Door for 35 kW max lost heat, both racks have water cooled back doors for 8 kW max lost heat. The heart of our water chiller is shown in the picture below, it can cope with a total of 40 kW lost heat.

We are especially thankful to Circular Informationssysteme GmbH and Sun Microsystems for their patient help configuring this highly experimental system, Kortüm und Zoldan GmbH as well as GETA GmbH for the custom built water cooler system, and, last but not least, the department TID of  KIT for the fast help during the realization of this complex project.

right rack:
Sun Blade 6048 Constellation with Sun Cooling door 5200, 24 Sun X6275 blades with 2 nodes each, each node has two Intel Xeon 5270 2.9 GHz "Nehalem" quad-core processors with 48 GB memory/node, 384 cores with in total; all nodes are connected with a 40 Gb/s QDR Infiniband network over a Sun Datacenter 72 port IB switch and have a 1 Gb/s Ethernet connection. The (half-filled) system is rated at about 4.5 TFlops.

Above the racks you can see the pipes which supply the cool water to the cooling doors. 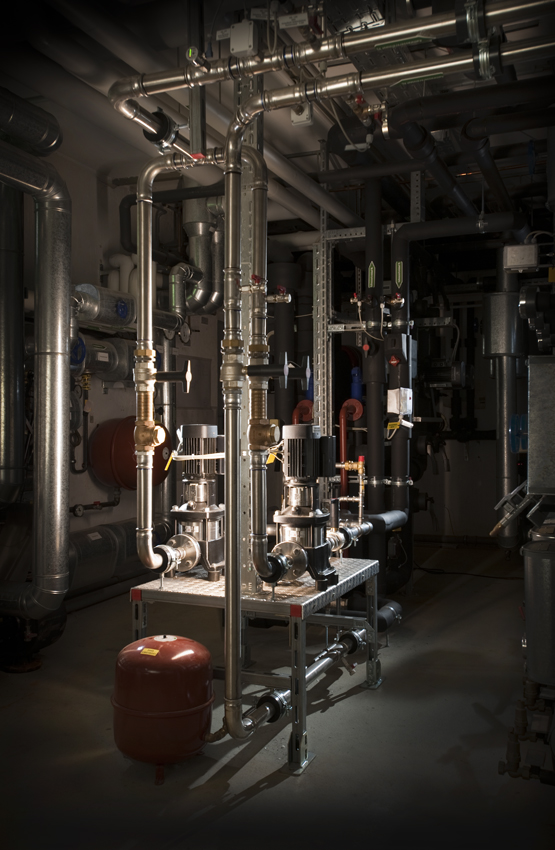 The main pumps are configured to work redundantly. Directly behind the pumps the chiller exchanges the lost heat to the main 120 kW  cooling system. The red pot in front of the pumps is an equalizing tank. 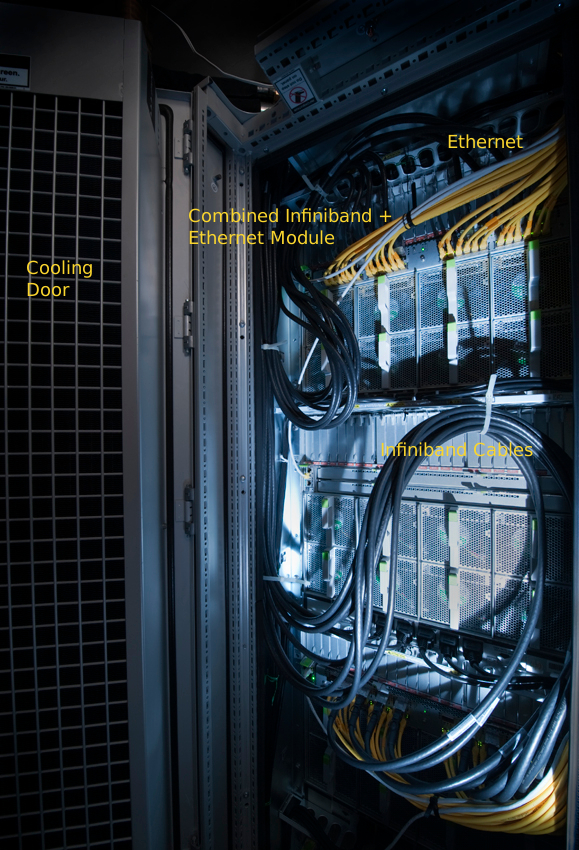 Inside the Constellation System:  The cooling door on the right directly cools the outward airflow of the numerous fans. 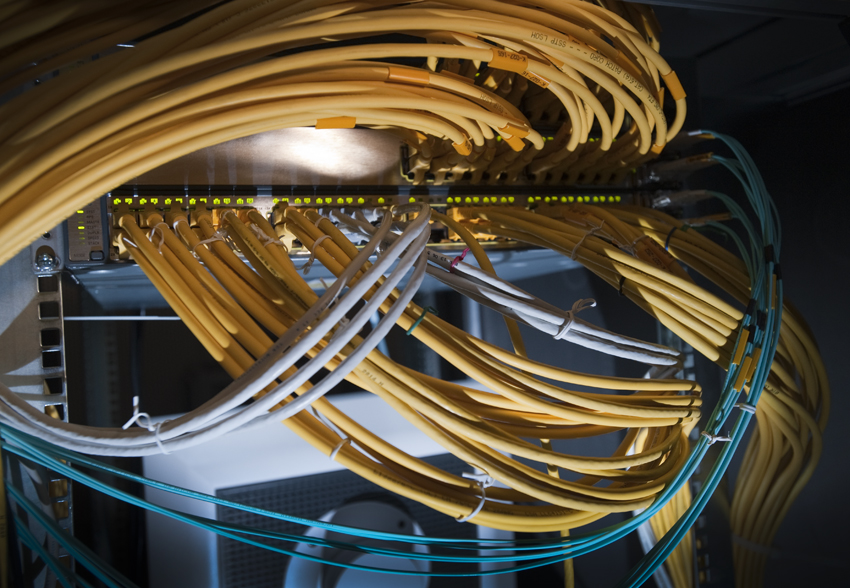 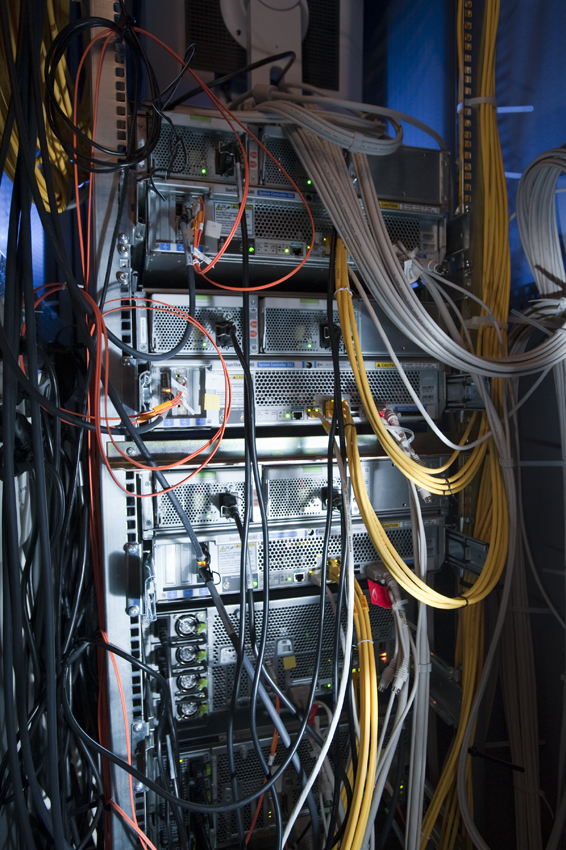 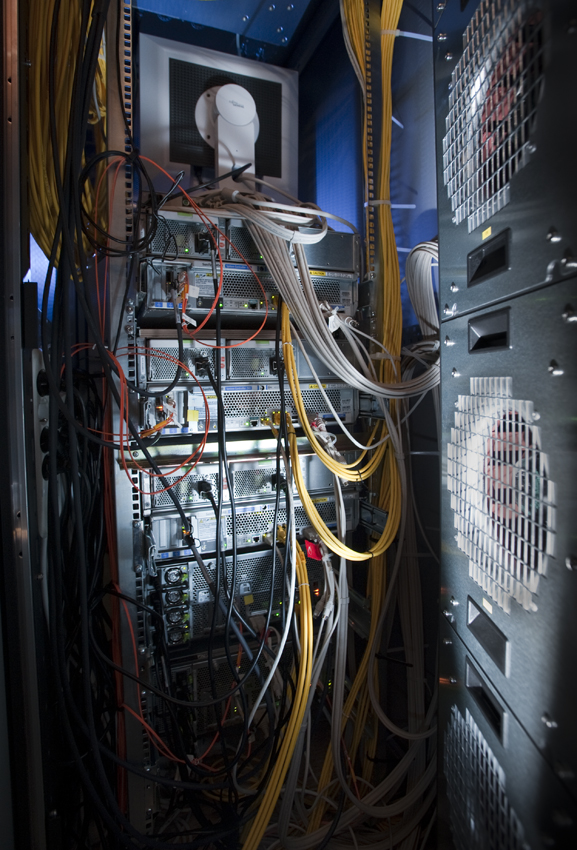 Same as above. At the right you see the Knürr cooling door, at the top there are thick gray cables, which lead to the KVM Switch below the monitor.