First detection of ammonia in the upper troposphere 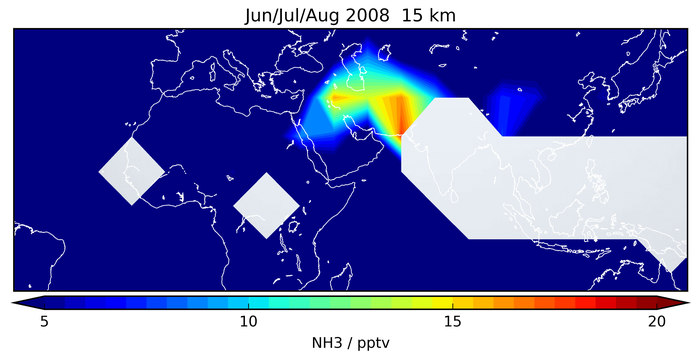 Ammonia (NH3) is important because of its influence on aerosol and cloud formation and its increasing anthropogenic emissions. By analysis of infrared limb emission spectra measured by the MIPAS instrument, NH3 has been detected in the upper troposphere for the first time. We have found enhanced values of NH3 within the Asian summer Monsoon upper troposphere where it might contribute to the composition of the Asian Tropopause Aerosol Layer.