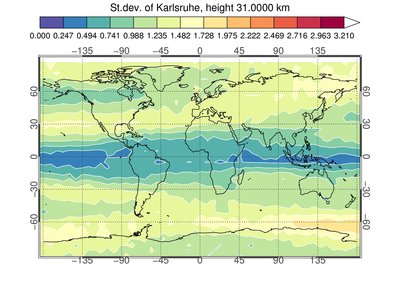 In the framework of ESA's Climate Change Initiative multiple ozone data sets are combined to form the "Essential Climate Variable Ozone". Four MIPAS datasets are available, provided by different institutions: the official ESA dataset, based on a data processor developed under leadership of IFAC-CNR in Florence, a dataset based on tomographical processing developed at Bologna University, an optimal estimation based dataset from Oxford University, and the ozone product generated with the research processor developed and operated by IMK in cooperation with the IAA-CSIC in Granada. Finally the project's round robin panel has selected the IMK algorithm.